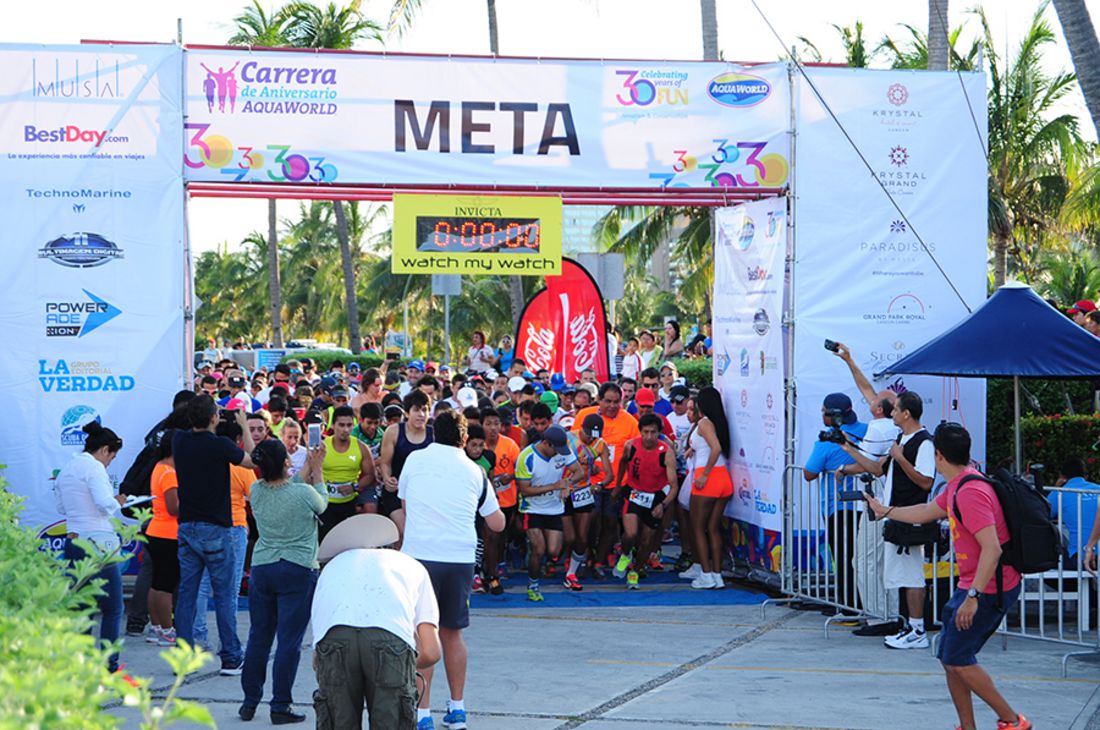 For the celebration of 30 years the anniversary race was held Aquaworld last Sunday May 8 and everything was a success.

The appointment was at the Aquaworld marina at 7:00 am, where runners of all ages prepared for the starting flag.

Exactly at 7:00 am the starting signal was given for the children’s category. Children between 7 and 12 years old traveled one kilometer to be one of the creditors of the 6 prizes that the Aquaworld anniversary race had for them.

For their part, the 6 and 12 km runners began their route at 7:20 am, leaving the Aquaworld marina which is located at km 15.3 of the Hotel Zone.

The Aquaworld anniversary race had a total of 500 runners in the different categories.

6 Km categories in the Aquaworld race

In the women’s 6 km freestyle category, a total of 34 runners competed and the first place was reached by Fátima Pech in a total distance of 26:35 minutes, Mónica Martín was the predecessor with a total of 27:03 for finally Marion Pelouard He finished third with 27:21 minutes. The men’s 6 km freestyle was covered by 36 runners, Ghioni Amed Gutierrez Moguel was the first to reach the finish line after 22:10 minutes from the starting flag, Valois Cano followed with 22 : 41 minutes and Luis Angel Ruiz was the third runner who reached them with 22:59 minutes.

In the women’s 6 km master category, a total of 61 runners were located at the start to fight for the first place, which would be won by Mireya García with 26:07, Rocío Martínez followed her reaching the finish line with 28:14 minutes and Isabel Ruiz in third place with a total of 29:16 minutes after running the 6km in the Aquaworld anniversary race.

The men’s masters who covered 6 km added a total of 44 runners, so that after 24:08 minutes Andrés Lopez arrived in first place, followed by Alfredo Isla with 25:26 and Gabriel Angel Tah with 25:27.

A total of 12 runners competed to take some of the first places in the 6 km veteran women’s category; Teresita Corrales took first place with a time of 33:34 minutes, followed by Perla Lilia Casas who covered the 6 km in just 34:27 and Gloria Patricia Fernandez was the runner who followed them with 34:37 ​​minutes.

In the 6 Km veteran men’s category, a total of 24 runners competed and the best time with 23:53 minutes was performed by Norberto López, followed by Alberto Nava with 24:05 minutes and Luis Guillermo Perez was the winner of third place.

In the 12 km Aquaworld category, 4 runners participated and the first three to reach the finish line were Francisco Ruiz with 27:22, Ariel Valencia with 28:37 and Prospera Herrera with 30:39 minutes. A total of 8 runners participated in In the 12k Free Women’s category, the winning enthusiasts were Karen Lizbeth Garrido with 30:03, while Maria Helene Johansson followed with 30:54 minutes of travel and Rosa Isabel Solis was third place with a time of 32:28.

In the men’s 12 km freestyle category, 25 runners appeared, the best times were had by Roboan Espinoza with 21:18, Roberto C. Rascon reached the finish line with 23:46 while Dan Abraham Contreras reached third place with a time of 23 : 56 minutes.

The 12k female master category, had a total of 29 runners, of which Rosa García stood out with a time of 27:33, Paola García with only 30:13 minutes of total time while María Alfaro Santos reached the finish line later of 30:53 runs in the Aquaworld anniversary race.For the men’s 12 k master category, the total number of runners was 59 participants and the creditors to the recognition for arriving in the first were Guadalupe Ramón with 21:12, followed by Federico Carrillo with 23:44 minutes and Victor Madera with 25:45 minutes. Five were the participants in the 12 km veteran women’s category, the winners of the first three places were Joanne Brown with a total of 28:34 minutes, while Ma. Guadalupe Maldonado I followed her with a difference of 2 minutes, reaching the goal with 30 minutes,so that Diana Juarez was the third runner to reach the finish line with 32:39 minutes. The 12 km veteran male winners were Felix Antonio Lora with 24:39 minutes, Gregorio Garduño with 25:21 and Pedro Figueroa with 25:53 arriving to the finish line to receive 6 more runners within the same category.

6 prizes were awarded for the little ones who traveled and celebrated the 30 years of Aquaworld, 6 prizes for Aquaworld collaborators who shared kilometers of travel, 36 prizes for the different categories, as well as 48 prizes and recognitions for a total of almost 100 prizes distributed to the first places that reached the finish line, in addition to the medals that all the participants in the Aquaworld anniversary race proudly wore.

In addition, Aquaworld sponsored the participation of Andrea Martínez, she won the fight against breast cancer and attended with great enthusiasm to celebrate 30 years in the Aquaworld anniversary race.

If you were a competitor in the Aquaworld anniversary race, you can see the results in detail at www.motionevents.mx 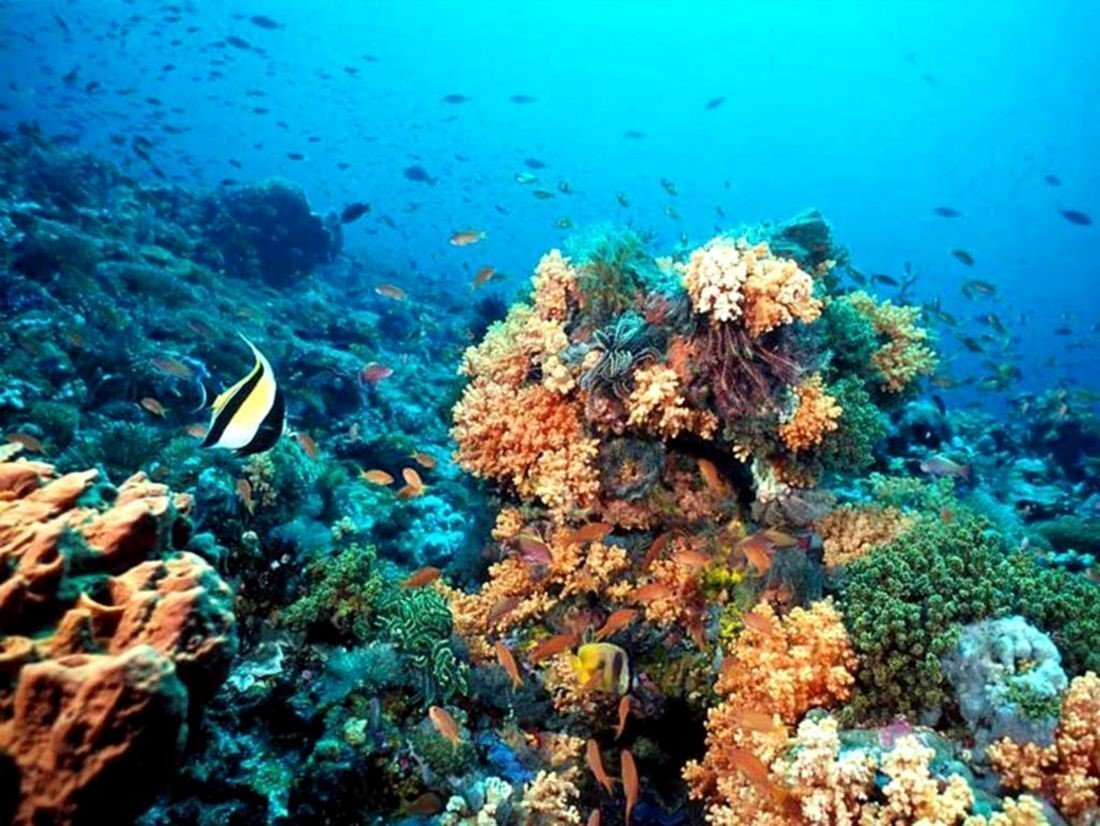 Visit the second largest barrier reef in the world 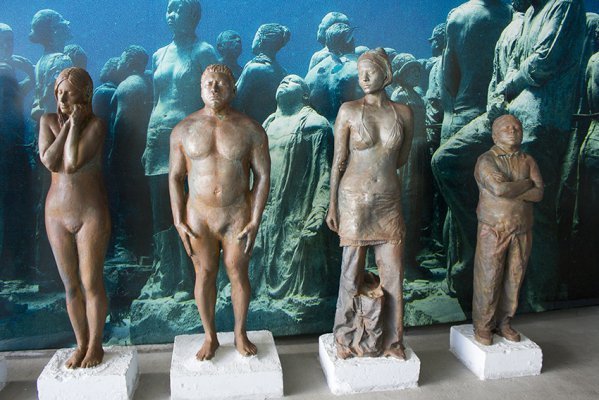 4 Reasons to Visit MUSA, the Museum Under the Caribbean Sea 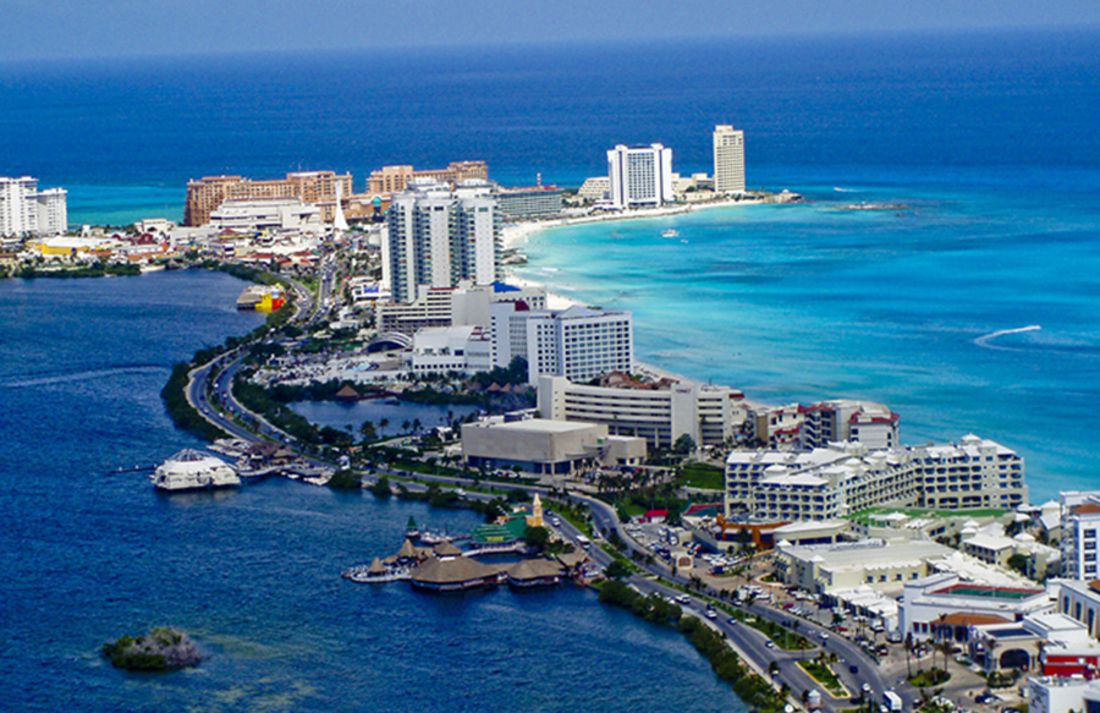 Excursions in Cancun, full of magic and fun 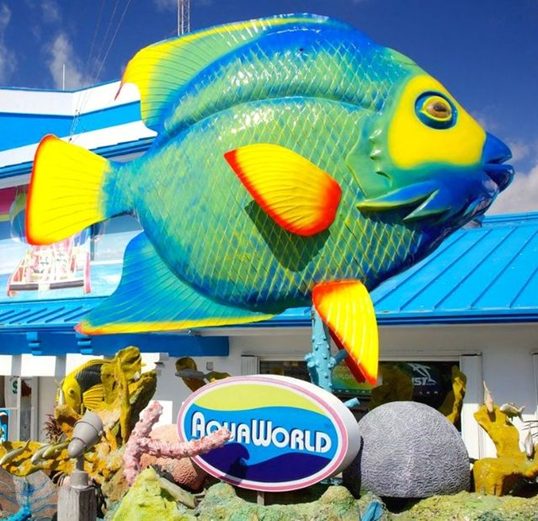 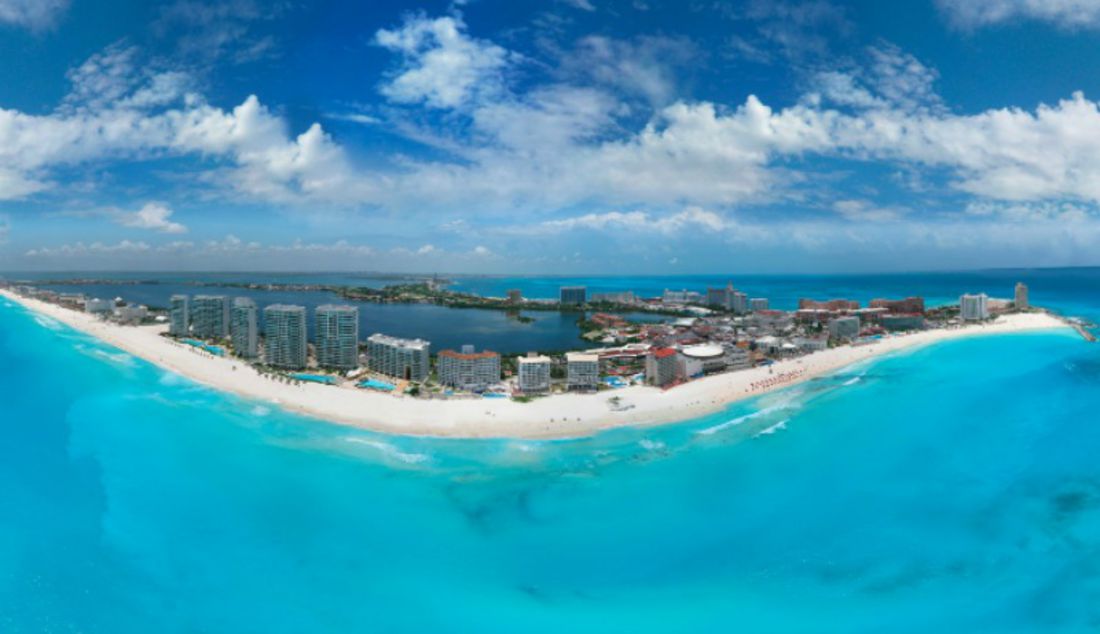 How to move around Cancun