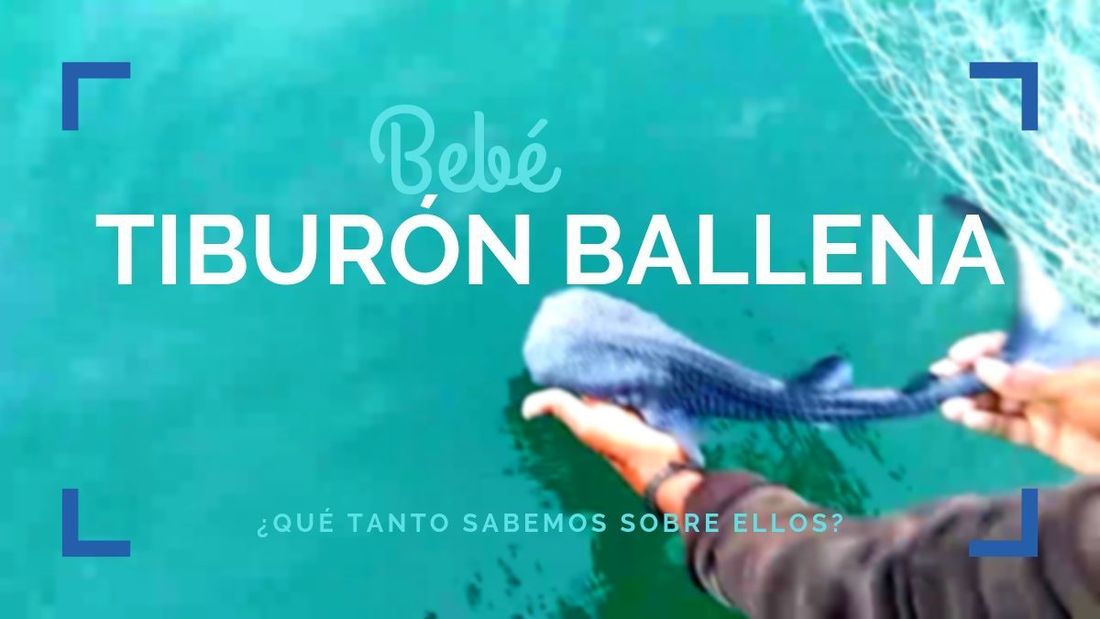 The baby whale shark and the adults are one of the oldest species on Earth today, thought to have developed around 60 million years ago. They have been around for a long time, yet to this day we know very little about the life and habits of this species. The unfathomable distances they travel and the impossible depths they reach make it very hard to track and study baby whale sharks…but the things we DO know about them are fascinating.

The life and habits of a baby whale shark are mostly still a mystery.

We do know quite a bit about adult whale sharks. They aren’t whales, but they are indeed sharks and are the biggest fish in the sea. Whale sharks are covered in a beautiful pattern, with a bluish-gray to brown back with white spots and a white underside. The average lifespan of whale sharks is 70 to 100 years and they don’t attain sexual maturity until the age of 30 years. They have very large mouths that can be 1.5 meters (4.9 feet) wide and are filter feeders, feeding almost exclusively on plankton and small fishes, so they pose no threat to humans. Whale sharks migrate thousands of miles. One tagged whale shark traveled 8,000 miles over 37 months. Currently, there is no accurate estimate of the global whale shark population, but they are considered vulnerable or endangered.

We know little about the baby whale shark because all the information we have is based on just one study, when a pregnant female whale shark was captured in July 1996. From this one study scientists believe that whale sharks are ovoviviparous, in other words, they produce young ones from eggs which hatch inside their bodies. They believe that all eggs are all fertilized by the same male.

How big is a baby whale shark?

Scientists concluded that female whale sharks have hundreds of eggs and pups, but that the pups are not all born at once. They believe the female retains sperm from one mating and produces a steady stream of pups over a long period of time. When the pups are born they are about 16 to 24 inches in length, which is amazing, since full-grown whale sharks on average are about 18 to 33 feet (6 to 10 m) long. This is one of the few whale shark facts we have about their offspring.

How much does a baby whale shark weigh?

Baby whale sharks weigh just a few pounds, and some sources suggest that they grow at the rate of about 49 cm a year, but due to a lack of data it has been difficult for scientists to be sure. Full-grown whale sharks eventually weigh around 21 tons (19 metric tonnes).

What is a baby whale shark called?

What do baby whale sharks eat?

Cancun is one of just a handful of places in the world where whale sharks congregate. Whale shark season in Cancun starts around mid to late May and ends in early to mid-September. Cancun’s peak whale shark season takes place in June and July.

You might not see any pups, but you can swim with whale sharks with Aquaworld’s Whale Shark Encounter. This adventurous day starts with an exhilarating boat ride to the area where whale sharks feed. There can be up to 30-40 whale sharks in one area, and all you have to do is jump into the water and swim alongside them. You will swim 2-3 times with the whale sharks before the boat heads back to Isla Mujeres for lunch and relaxing beach time.

Below you can find information about other baby marine animals found in the Cancun area.

As part of courtship, a male turtle approaches a female sea turtle and gently bites her neck and flippers. If she does not try to get away, then he climbs onto her back and hooks on to the edge of her shell. Copulation can take place on the surface or underwater and the female must bear the male’s weight and is responsible for getting them both to the surface for air. Both males and females copulate with various partners during mating season, so the eggs are genetically diverse.

When all a female’s eggs are fertilized, she slowly moves out of the ocean, and on to the beach, always at night. In a trance-like state, she painstakingly uses her front flippers to dig a hole, then lays 70 to 125 eggs, covers them with sand, and returns to the ocean.

Because the beaches in the Cancun Hotel Zone and the area in general overflow with tourists, there is a vigorous government program to protect sea turtles, which are endangered, and their nests and offspring. Hotels, restaurants, beach clubs, all businesses located on the beach collect the eggs from the nest and rebury them in a protected area where they are left until they are ready to hatch. The incubation time is 45 to 70 days. Hatchlings use a temporary egg tooth to break open the shell and then take 3 to 7 days to dig their way to the surface. Baby turtle release programs that involve tourists and guests are no longer permitted, so trained staff is responsible for releasing the hatchlings into the ocean.

What do baby turtles eat?

Baby Green Sea Turtles are considered omnivores although they mostly eat algae, seagrasses, and seaweed and have a finely serrated beak that allows them to scrape algae off rocks and tear grass and seaweed. Baby Loggerhead Sea Turtles are also omnivores, eating both plant and animal material. Loggerheads have a very large head and strong jaws to crush hard-shelled prey.

You can swim with turtles in Cancun with Aquaworld’s Snorkeling with Turtles in Akumal tour. When you are picked up from your hotel you will be taken to Turtle Bay (Yes that’s what it’s called!) in the town of Akumal, where you will snorkel with sea turtles. Your next stop is a cenote park for a dip in cool, crystal clear water, followed by a guided tour through caves. You’ll be back at your resort in time for a late lunch.

Baby dolphins are adorable, a tiny replica of their parents. Dolphins are highly intelligent and social. They communicate with each other, and males show off to females when they want to mate. Females reach sexual maturity between ages 5 and 11 and males between ages 7 and 14. The mating season lasts all year for dolphins. Female dolphins can give birth to a calf every two years, but 3 years usually pass between births. Dolphins are not monogamous. Gestation lasts about 11 ½ months and typically results in the birth of one calf. Baby dolphin twins are rare but it is not unheard of both in captivity and the wild.

Baby dolphins are born in the water, usually tail first. The umbilical cord breaks during delivery. When a dolphin is born it is between 90 and 120 centimeters (35 to 47 inches) long and weighs approximately 18 kilograms (39 pounds). They can swim, their eyes are open, and they are alert. They nurse for a total of 20 minutes a day, underwater but close to the surface, for 5 to 10 seconds at a time. On average they nurse for about two years, although some calves have been observed nursing up to 4 1/2 years. A dolphin’s life span depends a lot on its environment and species. Their average life span is 15 to 16 years but they can live up to 40 years.

What are baby dolphins called?

You can swim with dolphins in Cancun with Aquaworld’s various experiences, including Friendly Encounter, Dolphin Trainer for a Day, Signature or Fintastic Experience. Each offers different levels of interaction with the friendliest creatures in the sea at different prices.

Now you know all there is to know about the baby whale shark and other baby marine animals like sea turtles and dolphins. Remember, to swim with any of these beautiful creatures, book Aquaworld’s Whale Shark Encounter, Snorkeling with Turtles in Akumal tour and/or one of various Swim with Dolphins experiences before your next vacation in Cancun. 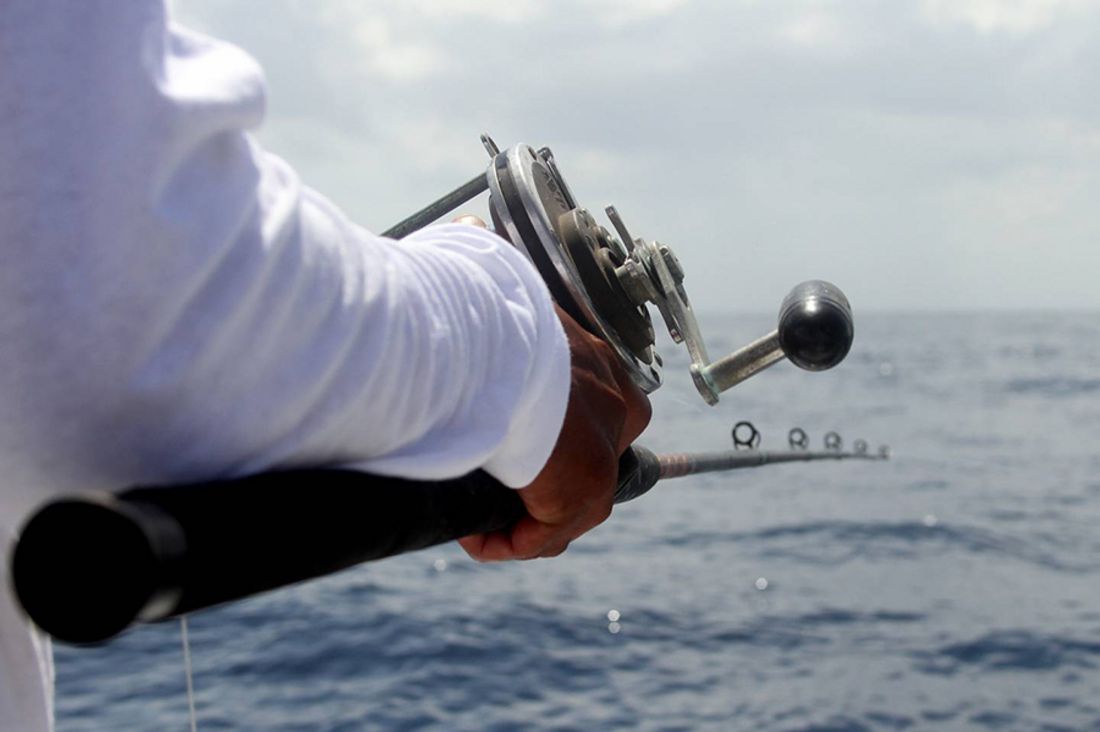 Best times of the year to fish in Cancun 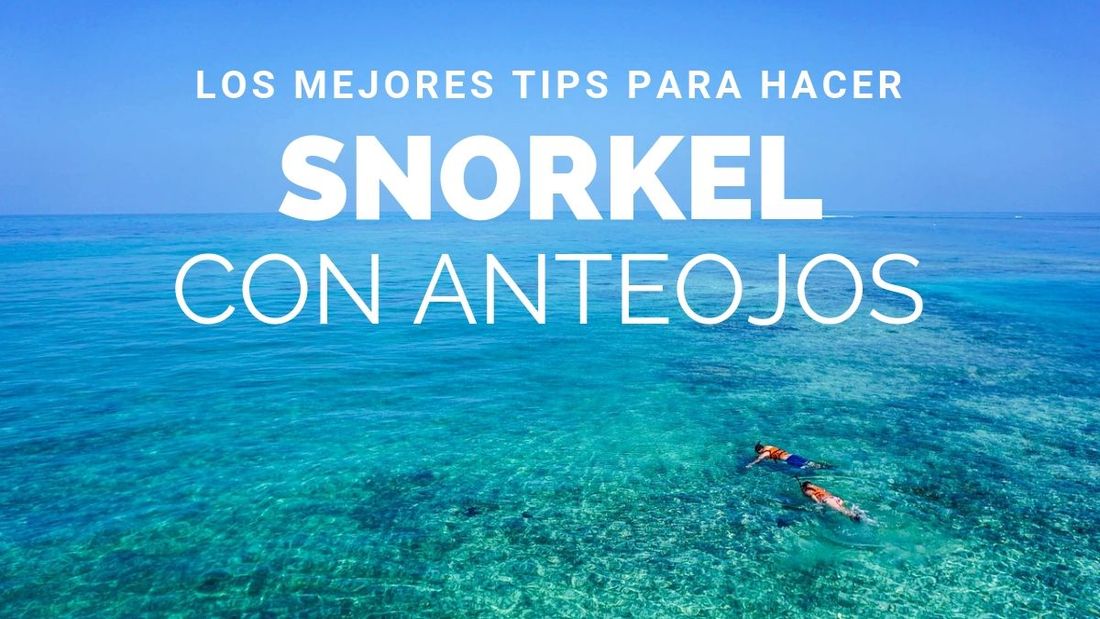 Life-saving tips when snorkeling with glasses 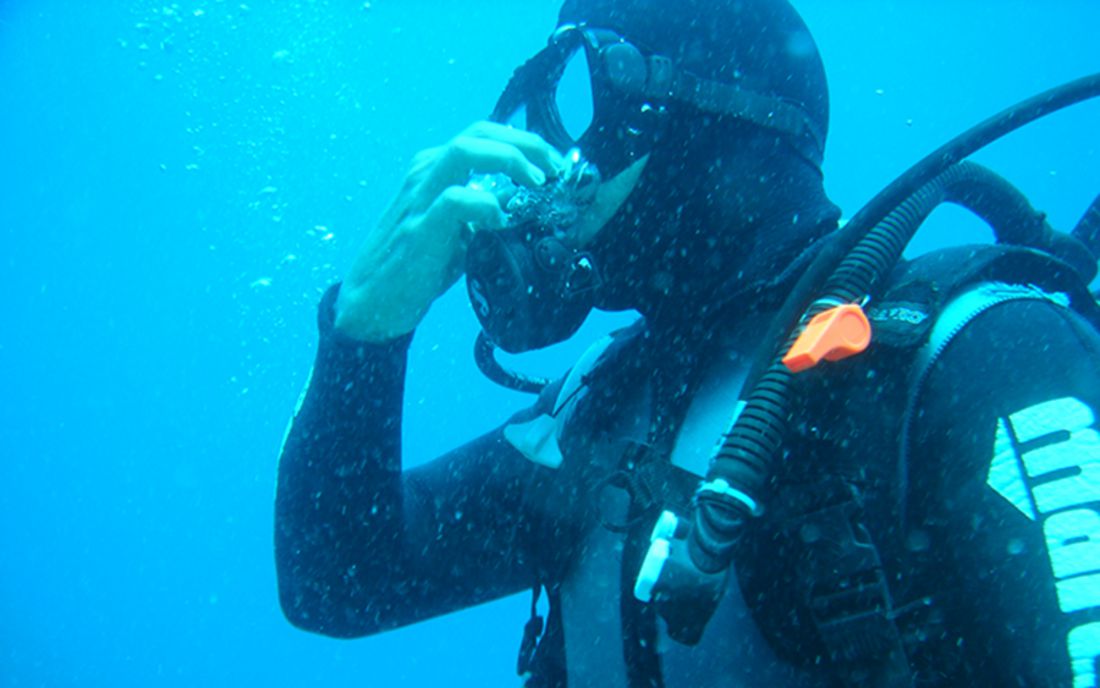 Tips to unclog your ears when diving in Cancun 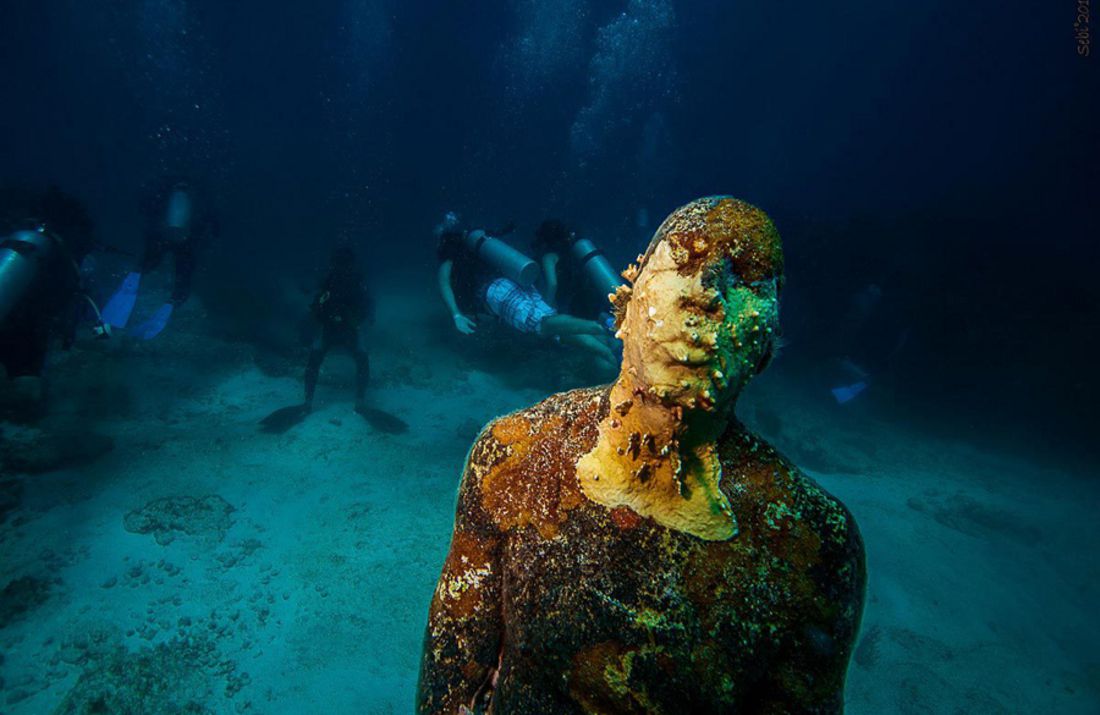 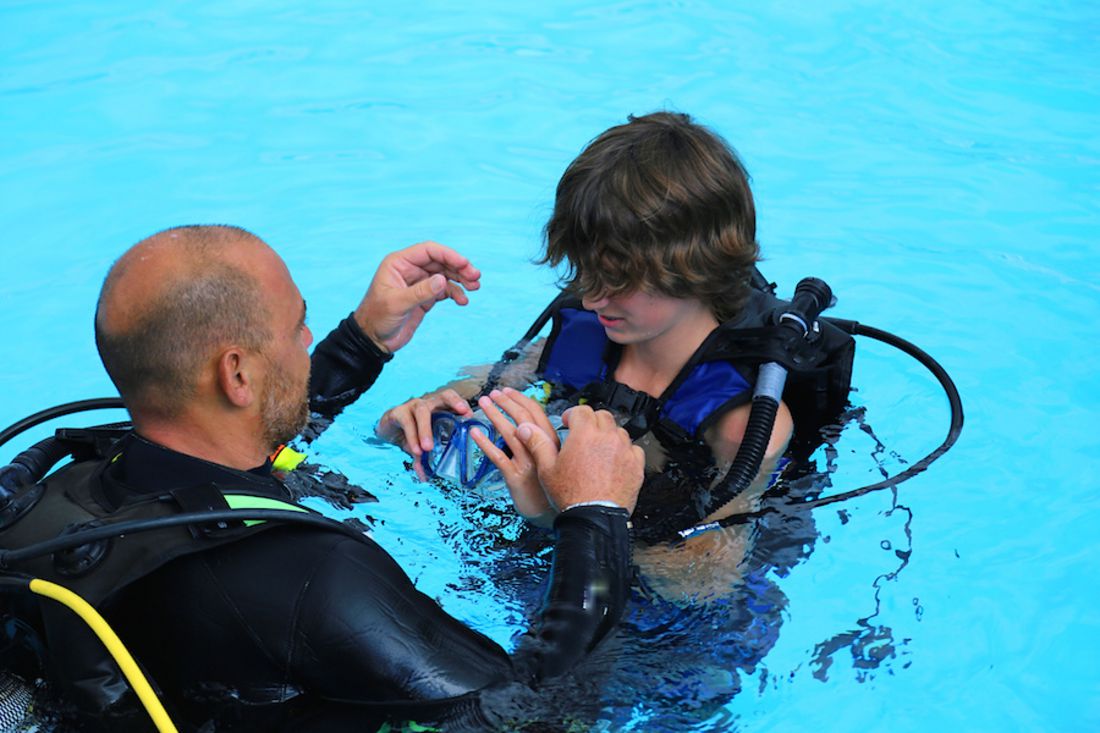